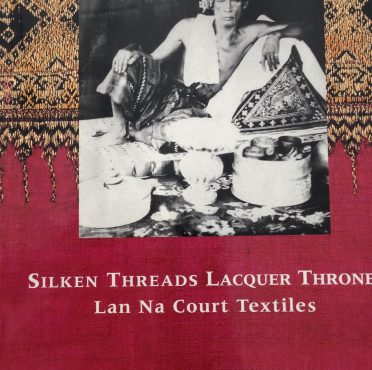 The unique character of Lan Na culture, so different from that of coastal Southeast Asia, is reflected in the textiles and dress of its 19th century courts, and was developed through the integration of local cultures and societies living in the hills and valleys. In this beautifully illustrated book, textile expert Susan Conway traces the history of the Lanna princes, their complex marital and political alliances with the surrounding inland principalities and with Siam, China and Burma. A dramatic change in male court dress took place towards the end of the 19th century and acts as a metaphor for the political changing resulting from colonial intervention in the region. The book also shows how in such times, Lan Na princesses and their attendants continued to wear indigenous dress demonstrating loyalty to the culture they cherished. HC. 280 pg. River Books. 2002. NUOVO